18 December 2020 – From a technical point of view, rapeseed oil fuel is suitable for use in modern agricultural machinery. The deposits in the injection system, which are typical in internal combustion engines, can be minimized in rapeseed oil operation by the correct temperature control of the fuel and the addition of suitable additives. This is the conclusion of a research project that tested the compatibility of fuel-carrying components with vegetable oil fuel to ensure the operational reliability and long service life of diesel engines for tractors and other agricultural machinery. In particular, the research partners investigated the formation and prevention of deposits in and on tractor engine injectors during operation with rapeseed oil fuel in accordance with DIN 51605. The investigations were carried out on idealized test equipment, tractor and engine test rigs, and in practical use. 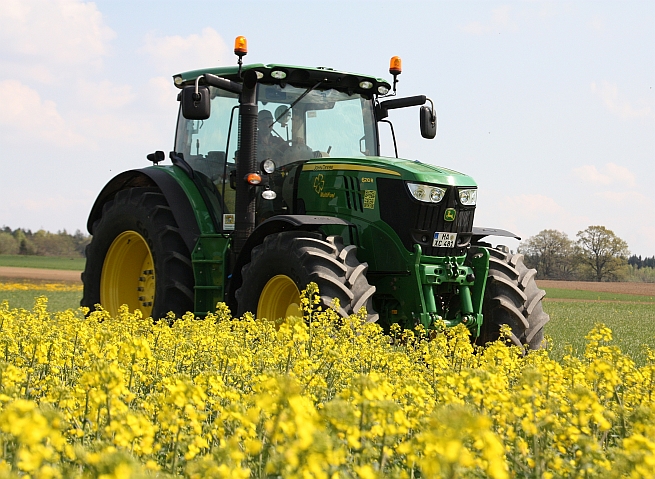 Rapeseed oil fuel is suitable for use in modern agricultural machinery. Photo: TFZ

Agricultural machinery is dominated by common-rail diesel engines, which have to comply with increasingly stringent exhaust emission requirements. However, emission reduction strategies in engine development can have undesirable effects. Depending on the fuel and the operating conditions of the engine, internal and external deposits can form on diesel injectors and be the cause of injector malfunctions. To test this in the context of rapeseed oil fuel, OWI Science for Fuels gGmbH conducted accelerated deposit tests as part of the project, as well as investigations into the prevention and elimination of deposits on common rail components using additives. To this end, the research institute developed a non-motor injector deposit test rig suitable for heavy-duty applications.

On this test rig, the researchers were able to generate targeted deposits on and in injectors during operation with rapeseed oil fuel, which demonstrably led to functional impairments that could result in a loss of power or increased exhaust emissions during engine operation, among other things. Further bench tests to prevent deposits showed that the use of a suitable fuel additive both effectively prevented or slowed down the formation of deposits (so-called “keep-clean” additivation) and removed existing deposits (“clean-up” additivation). These results of additive use in the non-motor test rig were confirmed in principle by tests on tractors suitable for vegetable oil in practical use and on the engine test rig. It was also found that deposits on injection nozzles can be kept to a minimum by suitable fuel cooling measures.

In the meantime, TEC4FUELS GmbH has successfully transferred the test concept of the non-engine deposit test rig into a commercial service. This enables engine or injection component manufacturers of agricultural machinery, for example, to carry out interactions between engine components and alternative fuels and additives as a preliminary test for approvals.

This project was funded by the German Federal Ministry of Food and Agriculture, represented by the Fachagentur Nachwachsende Rohstoffe e.V. (FNR) (Agency of Renewable Resources), under grant number 22402417.